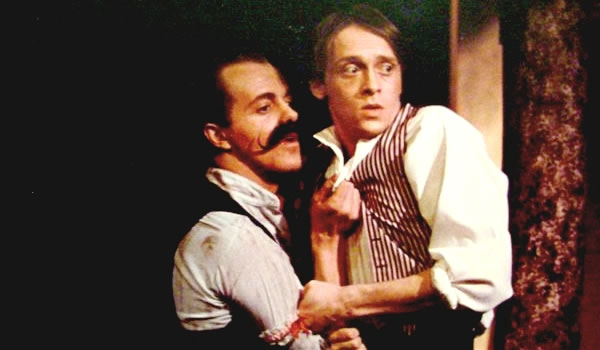 Lee MacDougall began his acting career after graduating from the Ryerson University Acting School. His first professional job was playing Meadows in Loot at Theatre Plus, Toronto. He worked with the Inner Stage Children’s Theatre Company, and Asterix Productions Industrial Shows. Summer work included shows at The Laughing Water Theatre Festival in Meaford, Ontario,(Same Time, Next Year), The Muskoka Festival in Gravenhurst, Ontario, (West Side Story), and the Charlottetown Festival, (Sleeping Arrangements).

Lee’s first work at the Stratford Festival was with the Young Company. (The Resistable Rise of Arturo Ui, and MacBeth). The next year he returned to perform with the Stratford Company in Cabaret, Much Ado About Nothing, Mother Courage, and The School for Scandal.

Over the next few years Lee performed in Toronto, appearing in Rap Master Ronnie at Toronto Workshop Productions, The Prince and the Pauper and Jacob Two-two and the Dinosaur at Young People’s Theatre, and Damn Yankees at the Royal Alexander Theatre. Playing the Scarecrow in The Wizard of Oz at the re-opening of the Elgin Theatre was a highlight of these years.

The next three years saw Lee working with the Shaw Festival in Niagara-on-the-Lake, Ontario, in shows such as Lulu, A Connecticut Yankee, Gentlemen Prefer Blondes, Counsellor-at-Law, On the Town, and The Silver King. Working with Artistic Director Christopher Newton and director Neil Munro during this time were high points.

Returning to the Stratford Festival, Lee was lucky to work with Brian McDonald on Pirates of Penzance, The Gondoliers, The Boyfriend, and The Music Man. Other plays during this time included Amadeus, and Cyrano de Bergerac.

Lee has appeared several times with the Drayton Festival over the years, in plays such as The Wild Guys, The Foursome, and The Odd Couple, and the musical Brigadoon.

Lee played Harry in the original North American production of Mamma Mia, and the first U.S. National tour, directed by Phyllida Lloyd. (Mirvish Productions.) He also played Hotblades Harry in the Canadian Premiere of Urinetown, directed by John Rando. (Canstage Co.) Lee appeared as The Cowardly Lion in Sir Andrew Lloyd Weber's production of The Wizard of Oz, produced by Over the Rainbow Productions, and directed by Jeremy Sams. The show played at the Ed Mirvish Theatre in Toronto, and enjoyed an extended First National Tour of the U.S.

Lee recently returned to the Stratford Shakespearean Festival to perform in Susan Schulman’s production of The Music Man, and the play Fuente Ovejunas. He played Roy Johnson in The Light in the Piazza for Acting Upstage Co., directed by Robert McQueen.

Lee has appeared in several film projects over the years, most notably Strange Brew, and Cheaper by the Dozen II. His television work includes The Twilight Zone, Twice in a Lifetime, and The Newsroom.

Lee's latest acting work is the roles of Nick and Doug in Irene Sankoff and David Hein's Come From Away, directed by Christopher Ashley. Lee originated the roles in the La Jolla Playhouse production, and then appeared with the show at Seattle Repertory Theatre, The Ford's Theatre in Washington, DC, the Gander Community Centre in Gander, Newfoundland, The Royal Alexandra Theatre in Toronto, and then on Broadway at the Schoenfeld Theatre in New York City.

photo: Lee MacDougall and Denis Forest in a production of Hotel Paradiso