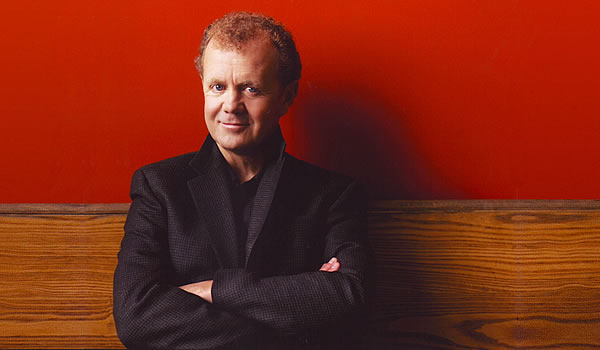 Lee was raised in Kirkland Lake, in Northern Ontario. As a child Lee was musical, singing solos in the Kiwanis Music Festival, and in grade three, playing the lead in The Littlest Angel. In grade six he joined the Kirkland Lake Glee Club, and had the honour of playing “Happy Hop-a-Gog”, in that perennial favourite, Round-up on the Moon.

At the Kirkland Lake Collegiate and Vocational Institute, he played Schroeder in You’re a Good Man Charlie Brown, was in the Town Band, the Community Choir, and any musical project he could find.

He attended the University of Toronto, (BSc, Victoria College), where he worked with Blake Heathcote (What the Butler Saw, Under Milk Wood.) It was at U. Of T. that Lee first tried his hand at writing theatre, creating sketches with Blake and other students for the comedy review Don’t Worry Mom.

After graduation, Lee auditioned for the Ryerson Theatre School in Toronto. (The Boyfriend, The Seagull, A Flea in Her Ear.)

Lee’s first professional job was playing Meadows (one line) in Loot at Theatre Plus. He also did children’s theatre with The Inner Stage, musical Industrial shows with Asterix Productions, and summer stock: West Side Story at the Muskoka Festival, Sleeping Arrangements at the Charlottetown Festival.

The next year Lee signed on with agent Celia Chassels at the Gary Goddard Talent Agency, and thanks to Celia’s diligence, he got an audition for The Stratford Shakespearean Festival. He was hired to be a part of the Young Company, (The Resistable Rise of Arturo Ui, MacBeth) and this was the beginning of a long and very enjoyable association with the Festival. Working with directors like Robin Phillips, (A School for Scandal), and Brian MacDonald (Cabaret), was a large part of Lee’s professional education .

Returning to Toronto, Lee appeared as Smokey in Damn Yankees at the Royal Alexandra Theatre, the Scarecrow in The Wizard of Oz at the Elgin Theatre, and performed in shows at Young People’s Theatre, Toronto Workshop Productions, and at Neptune Theatre.

It was while working in Halifax at Neptune (Take Twelve) that Lee was to meet the men who would become the inspiration for his first play High Life. He was billeted in a house with a few other boarders, most of whom were ex-convicts and morphine addicts. Lee had always hoped to write again after dabbling at university, but was unable to find a subject matter that inspired him. These men were the seed.

Three years with the Shaw Festival Company followed, and again, Lee was fortunate to work with some of Canada’s best: Christopher Newton (Lulu, The Silver King) and Neil Munro (Counsellor-at-Law.)

Three more seasons in Stratford, and the glory of several Brian MacDonald productions: Pirates of Penzance, The Gondoliers, and The Boyfriend. Regional performances during this period included The Music Man at the Citadel Theatre in Edmonton, and The Growing Season at the National Arts Centre.

It was during this time in Stratford and Edmonton that Lee wrote the first draft of High Life. Workshopped at Canadian Stage Co. in Toronto, Lee organized the first public reading at the Stratford Festival. The response to the reading was electric, and Jim Millan of Crow ’s Theatre proposed a premiere production at the DuMaurier World Stage Festival run by Don Shipley, and put together a stellar cast. (Brent Carver, Ron White, Randy Hughson, and Clive Cholerton.)

That initial production of High Life was critically acclaimed, and won a Dora Mavor Moore Award for Best New Play, was nominated for a Governor General's Literary Award, and a Chalmers Canadian Play Award. High Life has since been produced across Canada, and internationally in New York, Chicago, London, Tokyo and Seoul. Thereafter, Lee continued to write, beginning a new play, (The Ginkgo Tree) and the screenplay of High Life.

He also continued to act, originating the role of Harry in the North American Premiere and first U.S. National tour of Mamma Mia, (National Broadway Touring Award Nomination) and Hotblades Harry in the Canadian Premiere of Urinetown (CanStage Co.). He was Benny Southstreet in a production of Guys and Dolls (Manitoba Theatre Centre, Citadel Theatre, Theatre Calgary.)

His other stage plays include Resistance, and an adaptation of W.O. Mitchell's Who Has Seen the Wind. Writing for other media includes a radio drama for CBC Radio One called Her Wonders.

Lee wrote the screenplay for the feature film of High Life, which opened at the Toronto International Film Festival.

Lee has also written a collection of short stories, under the title Kick Start. These stories are fictionalized versions of events from Lee’s years growing up in Kirkland Lake, and his early theatre life.

Lee began directing at Theatre Aquarius (Glory Days), and he has since directed for Drayton Entertainment, the Blyth Festival, and Stage West.

Lee has returned to the stage in the critically acclaimed musical Come From Away, appearing in several regional theatres in the U.S., and then for two years on Broadway.