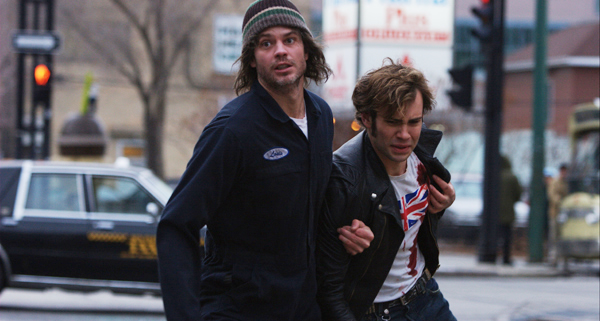 Press for High Life the film

"High Life, based on Lee MacDougall's play of the same name, is a brilliantly acted gangster flick."
- Naomi Buck, The Globe and Mail April 9, 2009

"An hilariously entertaining thriller [...] this witty film wins us over with its likeable-loser characters and twisty plot. It also has an intriguingly serious edge."
- Rich Kline, Shadows on the Wall Feb. 9, 2009

"You would never expect to like a film about drug addicts planning a heist, but it tears up any pre-conceived notions you might have. "
- Darren Amner, Eye for Film

"There's a fair amount of buzz about for High Life, most of it warranted; it's slick, funny, well written, well performed and very entertaining."
- Quiet Earth

"Credit writer Lee MacDougall for adapting his own play for the screen in such a way as to suit the camera while still giving every single character of any significance the chance to screw with your expectations." -Todd Brown, Twitch, December 9, 2009

Press for the Soulpepper production of High Life