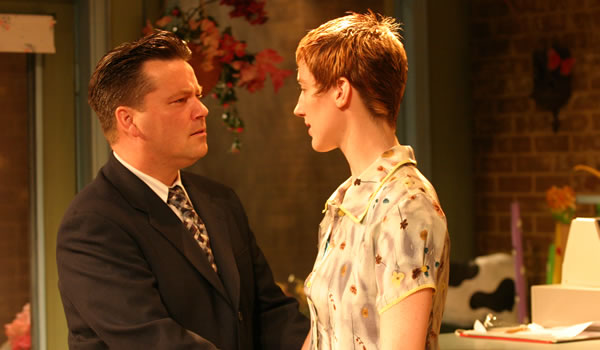 The Ginkgo Tree - a play by Lee MacDougall

The Ginkgo Tree is a romantic comedy set in a small town plant store called Anything Grows. Florence, the nervous store clerk with a fainting problem, has possibly pulled a few fast ones with government grants to keep the store afloat. Rose, the fiesty Italian store owner, with her husband Hay, is having trouble keeping the staff, (her husband and two kids) working, and the customers happy. Pearl is expecting her order of ladybugs, and Ehrhart is waiting anxiously for his ginkgo tree. And then Joseph Gage arrives, fresh from the big city bank that keeps this family business afloat. With elements of farce, and a huge heart, The Ginkgo Tree is a funny, quirky look at family, finance, and the sudden surprise of love.

The Ginkgo Tree is available from agent Pam Winter at Gary Goddard and Associates. pamwintergga@bellnet.ca

excerpt from The Gingko Tree