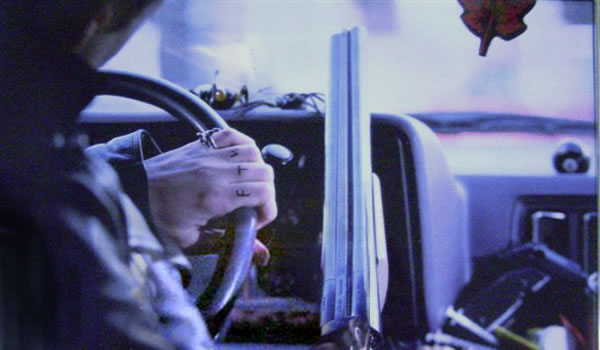 High Life tells the story of four morphine addicts who try to rob a bank machine. A wildly comic and very dark adventure. High Life starts with Dick, a very wily and seasoned ex-convict, who gathers together a team of old friends and prison buddies: Donnie, the sickly criminal genius, and Bug, the violent enforcer, and one new-comer, Billy, the amoral lady’s man; in order to bring off a daring and very flawed plan: to rob a bank by using an out-of-order ATM as bait. And of course it all goes wrong.

High Life was first workshopped at CanStage Co. in Toronto. The first public reading was at the Stratford Festival. The premiere production was at the DuMaurier World Stage Festival, directed by Jim Millan. The following year this production was remounted at the Harbourfront Centre, Toronto, and then played across Canada at Manitoba Theatre Centre, Alberta Theatre Centre, The Belfry Theatre in Victoria, and the Centaur Theatre in Montreal. Other Canadian productions include the Neptune Theatre, Halifax, Theatre Network, Edmonton, Theatre de la Bordee, Quebec City, (and Quebec tour) and The Arts Club in Vancouver, among others. High Life played Off-Broadway at Primary Stages Theatre, NYC, and in Chicago at the Victory Gardens Theatre. International productions include The Bush Theatre, London, The Ryuzanji Show Company, Tokyo, (in a Japanese translation), and the Hanyang Repertory Theatre in Seoul, South Korea.

In 2012, the Soulpepper Theatre Company mounted a revival of High Life, the first production in Toronto in 15 years.

High Life has a cast of four men. Dick, Bug, and Donnie are slightly weathered ex-convicts, age 35-45, and Billy is a young man, very fit, who is in his late 20's.

High Life can be purchased online at Amazon.ca.

It can also be purchased directly from the publisher:

Look for High Life at many libraries across Canada.

High Life can be purchased at Theatre Books in Toronto.

An Excerpt From The Play

A Monologue From High Life (For Young Men)

Press for the Soulpepper production of High Life