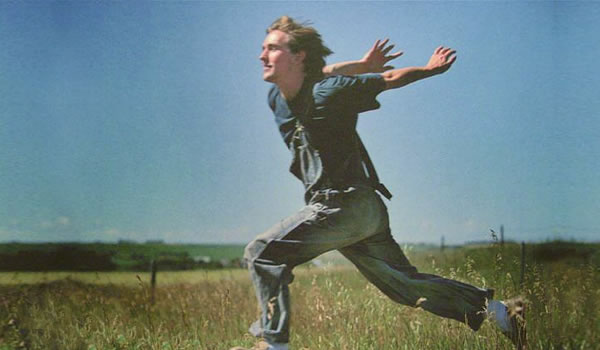 Who Has Seen the Wind

from the novel by W.O. MITCHELL
adapted for the stage by Lee MacDougall

Set in the wind-swept prairies of the 1930's, this stage adaptation of W.O. Mitchell’s classic novel Who Has Seen the Wind follows the growing years of Brian; from a comical, inquisitive pre-schooler to an earnest, yearning young man. Together with his little brother Bobbie and his best friend Forbsie, and with the help of his loving parents and his stern Grandmother MacMurray, Brian discovers a rural Saskatchewan full of the magic of birth, the mysteries of life, and the lessons of death.

This humorous and moving stage play includes many of Mitchell’s outrageous characters, known and loved by audiences around the world. The meddling Mrs. Abercrombie, her pious accomplice Reverend Powelly, and the nasty teacher Miss MacDonald go head-to-head with the idealistic Miss Thompson and the love-struck Mr. Digby. Colourful favourites like the drunken Ben, the fiery Uncle Sean, and the crazed prophet Saint Sammy thrill Brian with their peculiar views of life, and their rages against the world.

Featuring many of the heart-warming episodes from original novel, this exciting theatrical re-telling of Who Has Seen the Wind is sure to entertain those familiar with the story, and enthrall those being introduced to it for the first time.

Who Has Seen the Wind was commissioned by Max Reimer while he was Artistic Director of Theatre Aquarius in Hamilton, Ontario. Working closely with Orm and Barbara Mitchell, executors of the Mitchell estate, Lee wrote this stage adaptation keeping the spirit of the novel intact. It was first workshopped at Theatre Aquarius, and premiered there in 2000. Other productions include Persephone Theatre in Saskatoon, the Citadel Theatre in Edmonton, and Alberta Theatre Projects in Calgary.

This stage adaptation of this very popular Canadian novel can be performed in several different formats. Using a smaller cast with doubling by several actors, the cast breakdown can be five men and four women. Children can be used to play the four main children in the script, or young adults have successfully filled these roles. There is also the opportunity for school or community groups to fill the cast with as many as twenty children. With limited or no doubling of parts, the cast can be from anywhere from fifteen to twenty-four actors.

Who Has Seen the Wind is available from the Playwright's Guild of Canada, (copyscripts available). 416-703-0201 info@playwrightsguild.ca

Copies of the script are also available from Literary Agent Pam Winter, at Gary Goddard and Associates. pamwintergga@bellnet.ca

excerpt from Who Has Seen The Wind